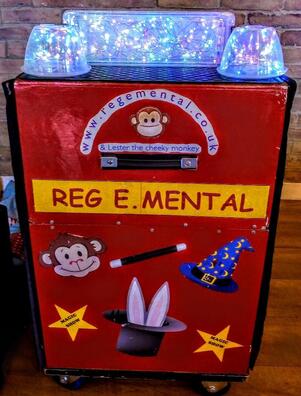 Sometimes you may want the Reg E. Mental to take over the whole party.
In this case a Combination Show is the answer.

Combination Shows start from an hour and a half and go up to a maximum of two hours in length.

The hour and a half combination starts with the Magic Show first followed immediately by either the Disco or Music Experience.

The two hour combination starts with the Magic Show first, followed by a break for the childrens tea and finishing with either the Disco or Music Experience.